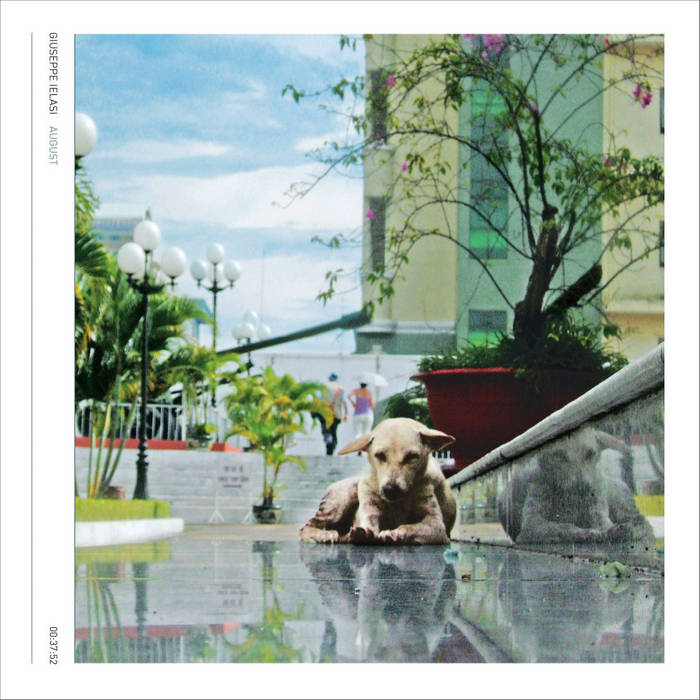 August takes a more linear approach to Ielasi’s composing with sounds stretched like like layers of gauze forming a thick, soft blanket. Utilizing piano, hammond organ, guitars, dobro, synthesizers and shortwave radio, Ielasi creates deep, warm drones and suspended, scratchy melodies with a hint of despair and melancholy that make this a very introspective album. His trademark guitar and live approach to instrumentation are in the forefront yet set behind an expertly processed veil of subtle electronics. The textures are unabashedly acoustic but buried and moody enough as to question their origin.

August is a haunting, sometimes heavy, but beautiful album that falls neatly between the starkness of Gesine and the scattering rhythmic complexity of s/t. LIke music for a farewell, an ending of ends, August is moody, static, slow and emotional.


Ielasi, Born in 1974, lives near Milan, Italy. He started playing guitar in 1988, and worked for many years in the area of ‘improvised music’ (long term collaborations with Renato Rinaldi in the duo Oreledigneur, Alessandro Bosetti, Michel Doneda, Ingar Zach, Dean Roberts). He has performed live with Taku Sugimoto, Jerome Noetinger, Mark Wastell, Martin Siewert, Nmperign, Brandon Labelle, Nikos Veliotis, Gert-Jan Prins, Phill Niblock, Oren Ambarchi, Thomas Ankersmit and many others. In recent years his main interest has been in site-specific solo performances, still using guitars as primary sound sources but integrating microphones and multi-channel speaker systems in order to create complex networks for sound diffusion in relationship to space. In 1998 he founded the Fringes Recordings label.