In A Place Of Such Graceful Shapes 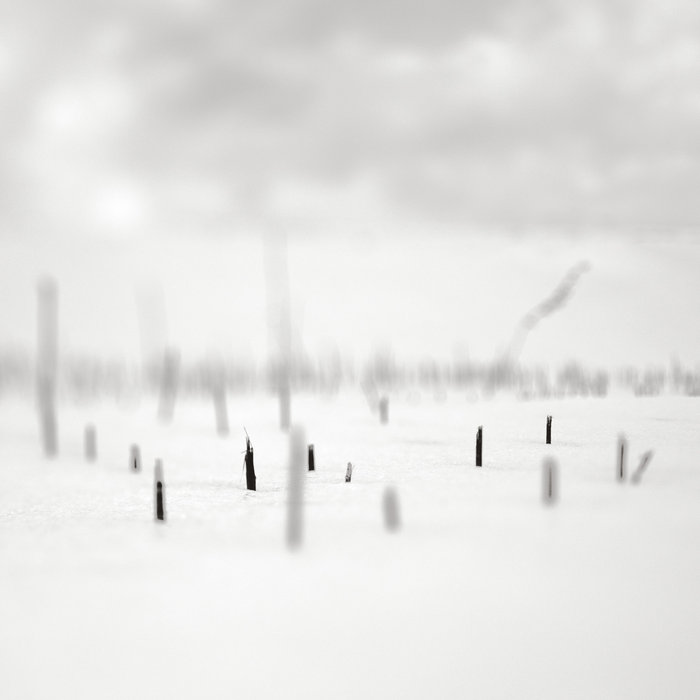 In the fading days of autumn in 2010, Taylor Deupree and Marcus Fischer, having become acquainted only earlier that year, set out on the sort of cross-country collaboration typically executed via technology and the web. However, having made a few rough sketches, they became disenchanted by the Internet and the machines between them, and quickly realized that the only way forward was via a plane ticket. Marcus left Portland for New York in February of 2011. The two met face-to-face for the first time, and without any hesitation embarked on 4 days of creating music and photographing the bitter cold and deep snow that covered the state.

Buried in a sea of guitar pedals, looping boxes, analog synths, tape recorders, found objects and percussion instruments, Deupree and Fischer settled into the 12k studio and began crafting long passages of music, with no editing, into what would become the single composition on the CD.

The attention to detail and care taken in the packaging is echoed in the music, whose goal was laid out at the very beginning of their collaboration: to create a single long piece that barely touched surfaces, ebbing and looping in stillness and the softest of movements. Intended for quiet listening, In a Place of Such Graceful Shapes is a warmly tactile and human piece of music, free of the computers that turned the artists off in the first place. The almost 50-minute composition builds a complex ecosystem of sounds, with the faintest of baritone guitar, bells, strings and harmonica joined by simple tones from synthesizers and toy keyboards. Even a bundle of sticks picked from the river finds its way into this deeply textured recording.

In a Place of Such Graceful Shapes is quintessential 12k – the meeting of minds, the joining of sound and image – and is among the most ambitious projects the label has undertaken. It will be released in September of 2011, nearly a year after the work began, and will be set once more against an autumn tapering into the quiet cold of winter.