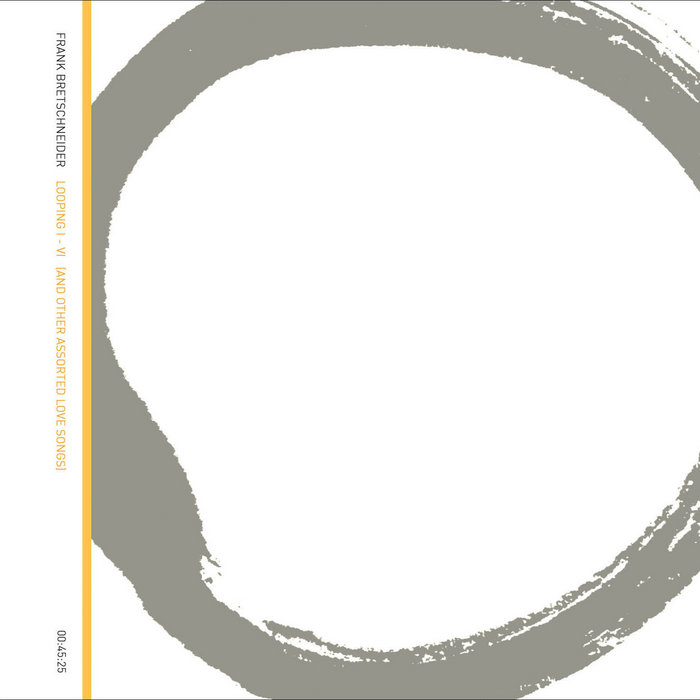 12k is very proud to announce a new release by one of electronic music’s most unique and well known artists, Frank Bretschneider. Bretschneider is a founder of Germany’s art/music collective Raster-Noton and has released some of the most engaging albums of the decade. Following last year’s Gold (raster/noton) and the stunningly good Aerial Riverseries (Whatness, 2002), Looping I-VI (And Other Assorted Love Songs) is Bretschneider’s 2nd 12k cd, following Rausch (2000) and appearances on 12k’s critically acclaimed compilations. His music can also be found on such well-known labels as Mille Plateaux, Audio.NL, Fällt, and Bip-Hop.

Looping I-VI shows a change in direction from Bretschneider’s characteristic bouncing and rhythmic minimalism. He took it upon himself as a challenge to create a more sparse and demanding album built with slowly evolving loops and subtle changes over time. Taking inspiration from his current immersion in science fiction novels Looping I-VI plays out very much like a story, unfolding over 42 minutes. Despite the 12 tracks on the cd the music flows seamlessly, slowly, and creates two distinct “chapters” marked by a sonic hit and a brief moment of silence. Looping I-VI is a work that rewards complete listening, from start to finish, following Bretschneider’s sonic fiction through his world of clean tonal elements and loop architecture.

For sound-generating, editing, composing and arranging he used again his favourite soft-and -hardware for many years, Logic Audio and the Nord Modular, a synthesizer which has become an extension of himself and that he has unquestionably mastered.

Frank Bretschneider is very active in live performance and can be seen at any given time somewhere in the world performing. 12k has timed the release of Looping I-VI with his performance at this year’s MUTEK festival in Montreal.