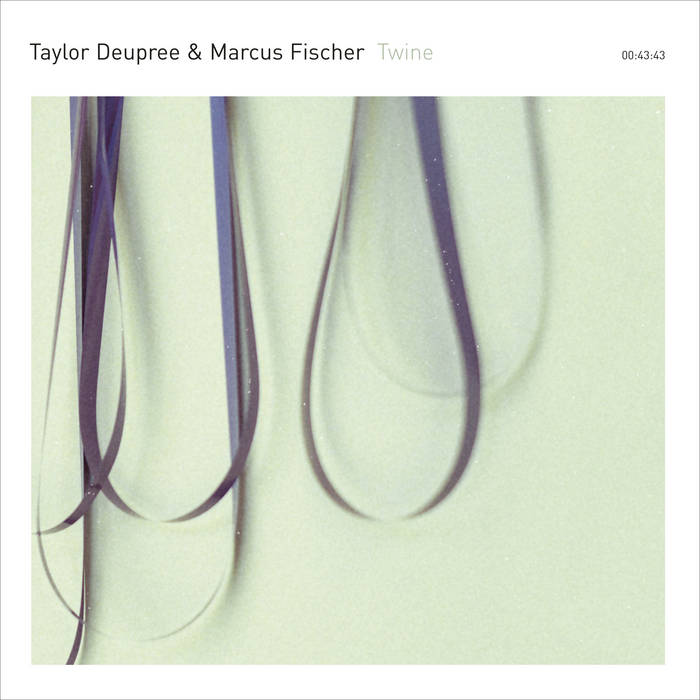 Greg Warner A gentle, textured, and contemplative album. At times gives the feel of Music for Airports, but with a wonderfully organic quality. Favorite track: Wake.

Taylor Deupree and Marcus Fischer created their expansive debut In A Place Of Such Graceful Shapes (12k2021, 2011) over four days in a frigid, snow-covered New York only a few short months after they met. Since then they have toured together, photographed, and written music together keeping the collaborative, creative energy up at every opportunity, wherever they find themselves.

During a visit to the west coast in the summer of 2015, and after a long day in the studio creating, searching and ready to retire for the night, the two sat in tired silence contemplating the next day’s approach. Playing quietly in the background was a humble, mono tape loop Fischer had made earlier, filling the sonic cracks in the dark room. After fifteen or twenty minutes went by, with the sound of this loop having transfixed them, the two looked at the each other and said “This is it.”

From there they formed a very focused conceptual process: Two artists, two mono tape loops and four acoustic instruments, nothing more. Creating one loop each of different lengths and recording the outputs of the reel-to-reel machines’ built-in speakers with microphones in the room, Deupree and Fischer started to craft their most restrained work yet, focusing on the raw beauty of such a limited system of creation.

The title Twine comes from the idea of the two tape loops as knots, as physical media, combining to form a single, more complex, piece. The seven tracks on the album are highly repetitive yet constantly shifting due to the asynchrony of the loops. All of the warm, tactile and dusty quality of the tape and vintage players is captured in the recordings and the listener can easily get lost in the slow, enveloping cycles. It was important for them to be surprised as they work, to not approach the album in the ways they had worked before where they knew what the outcome would sound like. The unexpected was a driving force behind the creation.

The instrumentation on Twine is simple - electric piano, bells, stringed instruments... With careful and deliberate physical manipulations the sounds is subtlely abstracted, as can be heard on “Buoy,” where the tape machine mechanics themselves join in the recording to create a piece suggestive of the abandoned dock the two photographed in Iceland a couple of years earlier as it quietly knocked against the cold winter shore. Imagery like this abounds through the tracks. Slow, haunting melodies under a layer of warm tape hiss and accidental physical sounds give the listener plenty of room for imagination, reflection and the stirring up of lost memories.

The intimacy of the tape loops combined with the lonliness of the sounds gives Twine a complexity beyond its simple form. Deupree and Fischer have created a intensely focused new work that draws upon all of their creative interactions since their 2010 debut.