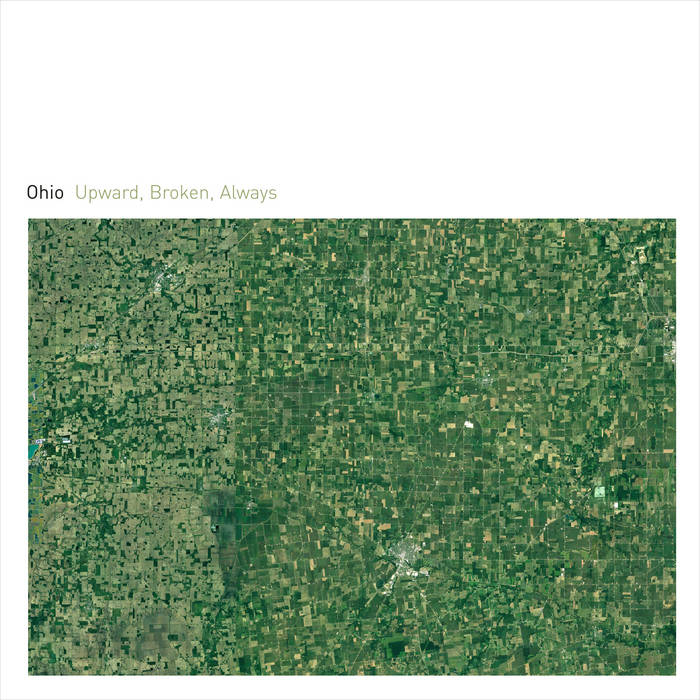 Steve Hadfield I love ambient albums with a real sense of narrative and movement to them. This does that exceedingly well.

Lost Tribe Sound As if Corey Fuller and Taylor Deupree combining talents wasn't enough reason to find interest in this album! OHIO sees them stepping outside the comforts of their usual ambient styles to experiment with a more acoustic folk/songwriter approach. This is absolutely welcomed and they've produced something incredibly fresh that redefines the boundaries of modern folk. I was a huge fan of Deupree's EP with S. Carey a couple years back, so it's nice to hear the continued exploration in this direction. Favorite track: Frère.

sven thomas nordlöf Such interesting recordings! Always leave space for the listeners explorations and findings! And beauty is always welcome. At least in my World.

Andrew Tasselmyer What a beautiful work of art. So much delicate and gripping texture, all of it grounded in real-world found sounds, field recordings and tactile noise. This is the sound of nostalgic daydreaming in the house you grew up in.

As you lay on your back in the deep grass on a shadowy late-summer afternoon…tracing the outlines of patterns on the inside of your eyelids illuminated in translucense beneath the sun….ruminating, drifting in and out of sleep. Your dreams flirt with the irrational fears of the dark, of being left alone, of infinity…of being lost in corn fields reaching taller than the sky, of the comfort of feet dangling in a cold lake and splinters from running on a sun-dried summer dock. The world once felt new and alive…now through a haze, lost from the opacity of time.

Ohio is a new project from of 12k founder Taylor Deupree and long-time label-mate and collaborator Corey Fuller. The genesis of Ohio, besides the desire to work on a full album together, was them realizing they were both born in the US state of Ohio, not far from each other, and spent their earlier years crafting young memories there before moving away. This ended up being a simple, but interesting point of departure for the project because these early, hazy memories provided compelling conceptual roadmaps for the album as well as become inspiration for the song titles.

With no lack of irony the project started with a playful cover of singer/songwriter Damien Jurado’s “Ohio.” Deeply loved by both Deupree and Fuller, covering this song liberated them from working in their traditional “ambient” comfort-zone, challenging them with new structures and new directions. Their version of “Ohio” slowed the song down and explored acoustic and electric guitars, vocals, harmonies, pop-centric song structure, field recordings and a plethora of subtle studio fun (the looped clicking motor of a Roland RE-201 Space Echo being used as a “hi-hat” of sorts) and layers.

The project expanded from there and moved gradually as they very much felt working in the same physical space was important to its core. Writing, overdubbing, mixing and editing continued as the two found time to make the journies between Tokyo and New York to share a studio. Each visit the songs would become more refined and be pushed into new and unexpected directions. A cathartic intensity found its way into the music echoing the intensity of life but at the same time remaining grounded.

The four years spent creating Upward, Broken, Always resulted in an album that engages the dichotomy between ambience and intensity. The hazy reworking of Jurado’s “Ohio,” or the duet for acoustic guitars recorded in the woods outside of Deupree studio contrasts with the surprising, beautifully intense swells of overdriven guitar. Faraway drums and Fuller’s ghostly vocals further expand the sonic image.

During one of their final editing sessions, with the accidental muting of musical tracks, the interludes at the end of each LP side were born. Fragments of preceding songs, stripped to a ghostly minimum like those distant Ohio memories.

Upward, Broken, Always is released in online formats and as a limited edition of 125 double 12” LPs. The LP art eatures an aerial photograph of the state of Ohio as well as the barn from Deupree’s childhood home inside the gatefold jacket. There are 3 sides of audio on the release with Side D of the 2nd record being a full-side graphical etching of a topgraphical map.

Thank you to James Brown for arrangement edits on “Ohio,” Rafael Anton Irisarri for the guitar, amp, and pedals and to our families for the time spent between New York and Tokyo.

Dedicated to Mark Hollis whose timeless music and exploration of subtlety and nuance will forever be an inspiration.